“I have a dream that my four little children will one day live in a nation where they will not be judged by the colour of their skin, but by the content of their character.”   —— Martin Luther King

On 25th May 2020, George Floyd, a 46-year-old black man, was killed in Minneapolis, Minnesota, by Derek Chauvin, a white police officer, knelt on Floyd’s neck for almost eight minutes while Floyd was handcuffed and lying face down, begging for his life and repeatedly saying “I can’t breathe”.  Following the death of George Floyd in Minneapolis thousands of protests took place worldwide and in the UK.

To show solidarity, BLM Taunton arranged a peaceful and socially-distant demonstration on 22nd June 2020. It was truly amazing to see so many people turned up, many youngsters spoke out and shared their unique experiences and reflected a solid unity and awareness about BLM issue. Such a community feeling and chanting ‘Black Lives Matter’ made the environment really electrifying.

BLM Taunton said — ”A huge thank you to everyone who came and gave such amazing speeches and for all those who showed up and helped create such a supportive atmosphere. It’s so inspiring to see so many likeminded people all gather in search of equality and justice.”

Taunton Dean CLP showed full support to the peaceful BLM Taunton protest and attended the demonstration on that day.

Taunton Dean CLP Chair, Cllr Brenda Weston said — “The best job I ever had was with Equality South West, an organisation that worked with people from across the region whom the Equality Act is supposed to protect from discrimination. We listened to their experiences, wrote these into reports and training materials, we held conferences and took our learning out to organisations across the region.  I think we need to send a message to Boris Johnson from today: we don’t need more research and reports about institutionalised racial discrimination – we need him to act now to put it right.”

Unfortunately, inequality, discrimination and systematic racism still exist in our society and it is very important to stand up for fairness, equality and inclusion. Also, the right to hold a peaceful protest and the freedom of expression are fundamental human rights and an important cornerstone of our society. 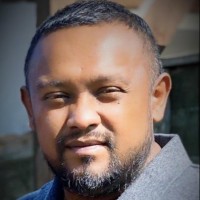 All Member Meetings are currently suspended due to the Coronavirus Pandemic.

Under normal circumstances, All Member Meetings take place on the fourth Wednesday of every month. Please check back for updates.